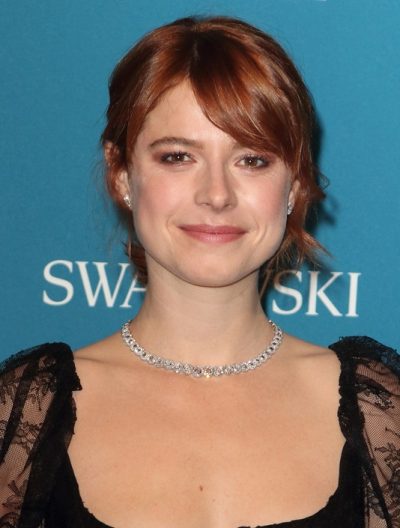 Jessie Buckley is an Irish singer and actress. Her roles include the films Beast (2017), Wild Rose, I’m Thinking of Ending Things, and The Lost Daughter, and television’s War and Peace (2016) and The Woman in White. She is the daughter of Marina Cassidy and Tim Buckley.