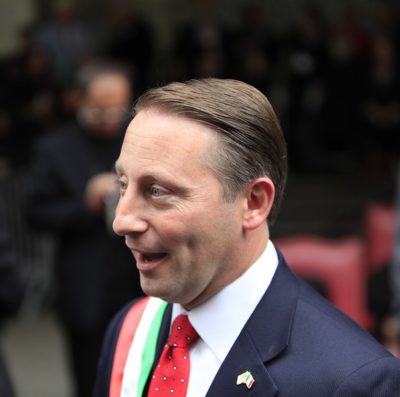 Astorino in 2014, photo by andykatz/Bigstock.com

Rob is the son of Theresa and Robert Astorino. He is married to Sheila McCloskey, with whom he has three children.

Rob’s paternal grandfather was Pasquale “Patsy” Astorino (the son of Tommaso Astorino). Tommaso was the son of Antonio Astorino and Brigida Cosentino. The Astorino family was from Taverna, Province of Catanzaro, Calabria, Italy.