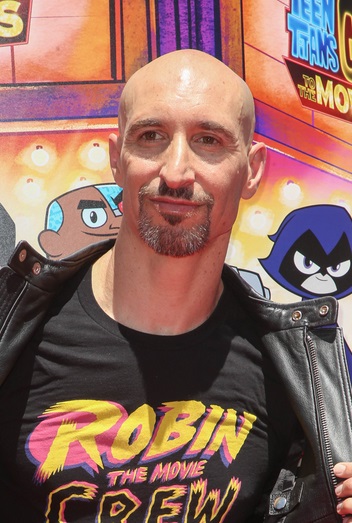 Menville in 2018, photo by Prphotos.com

Scott Menville is an American actor, voice actor, and musician.

Scott’s maternal grandmother is Mary Belle Wolther/Walther (the daughter of George Frederick Wolther/Walther and Laura/Lora Elizabeth Cantrall). Mary was born in either Colorado or Nebraska. George was born in Colorado, the son of George Friederich Wolther, whose parents were German, and of Louisa Katherine Blatter, whose parents were German. Laura was born in Colorado, the daughter of Frederick Augustine Cantrell and Mary E. Teeter.