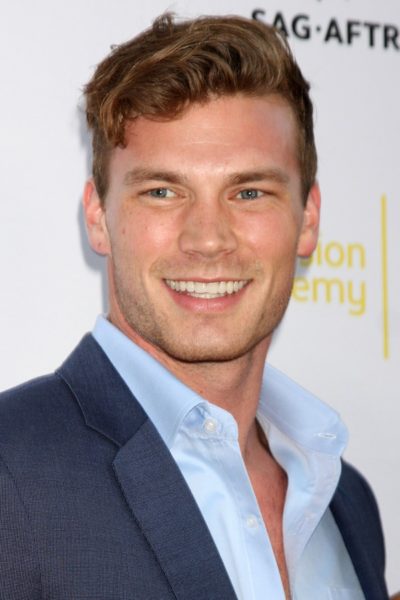 Theler in 2014, photo by kathclick/www.bigstockphoto.com

Derek Theler is an American film and television actor, and model.

His father is pictured here.

Derek’s paternal grandmother was Lillian McKean (the daughter of Theodore Lane McKean and Nina Burnham). Lillian was born in Utah. Theodore was the son of Theodore McKean and Sophia Jane Lane, whose parents were from Thatcham, Berkshire, and Brightwell, Suffolk, England. Nina was the daughter of Luther Clinton Burnham and Mary Lucinda Stewart.

Derek’s maternal grandfather was Gerald Lee Hickman (the son of Samuel Hickman and Pearl Leticia Wagoner). Gerald was born in Hartman, Colorado, and had deep roots in the U.S. Samuel was the son of Dee Hickman and Abbie Ann Slocum. Pearl was the daughter of George Henry Wagoner/Wagner and Pearl Austa Alexander.