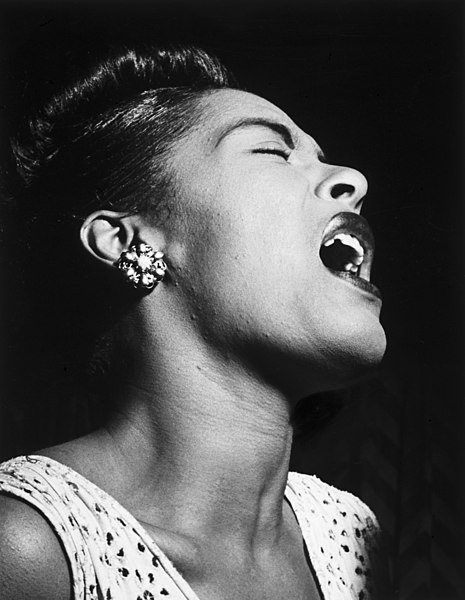 Billie Holiday was an American jazz musician, singer, and songwriter. She was nicknamed Lady Day.

She was the daughter of Sarah Julia “Sadie” (Fagan) and Clarence Holiday, who was a jazz banjo player and guitarist. She was raised in Baltimore, mostly by her mother’s half-sister Eva Miller and her relatives. She was married to Louis McKay, until her death.