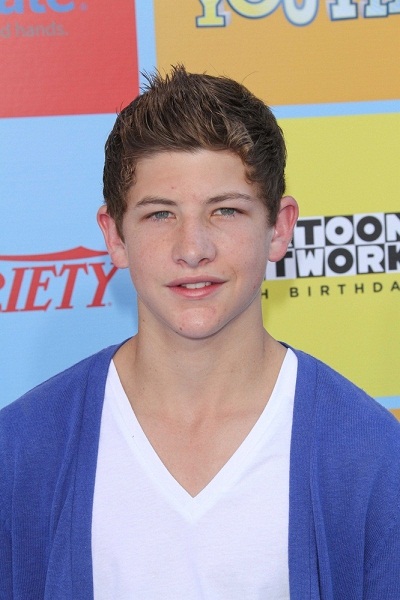 Sheridan in 2012, photo by PrPhotos

Tye Sheridan is an American actor. He has starred in the films Mud, Joe, Ready Player One, two X-Mens, and The Card Counter, among others.

Tye is the son of Stephanie and Bryan Sheridan. He has ancestry in the American South for many generations and roots in the U.S. going back to at least the 1600s.

Tye was born and raised in Elkhart, Texas. An article in W Magazine wrote that roughly half of the small town’s residents are related to him (population 1,371 as of 2010). Tye added:

I did ancestry.com on my dad’s family, back to the early 1800s, before Texas won its independence from Mexico… Since then, they’ve all come from within a 30-mile radius of where I was born.

Tye’s paternal grandmother is Marilyn Louise Gilmer (the daughter of Richard Calhoun Gilmer, Jr. and Loudell/Laudell Wasson). Marilyn was born in Texas. Richard was the son of Richard Calhoun Gilmer and Ellen Marietta Bozeman. Loudell was the daughter of George Washington Wasson and Carrie Mae Michael, whose mother’s family was from LeLocle, Switzerland.

Tye’s maternal grandmother is Vickie Elaine Cooper (the daughter of Elmer Julius/Julias Cooper and Laura Norene/Nell Taylor). Vickie was born in Texas. Elmer was the son of Willie Cooper and Lillie/Lilly Leona Price. Laura was the daughter of Alpheus/Alphes Levi/Levy Taylor and Mineola/Minnie Iola Agnes Price.

Genealogy of Tye’s paternal great-great-great-grandfather, George Hamilton Wasson (focusing on his own father’s side) – http://worldconnect.rootsweb.ancestry.com

Genealogy of Tye’s paternal great-great-great-grandmother, Emily Calame (focusing on her father’s side) – http://worldconnect.rootsweb.ancestry.com