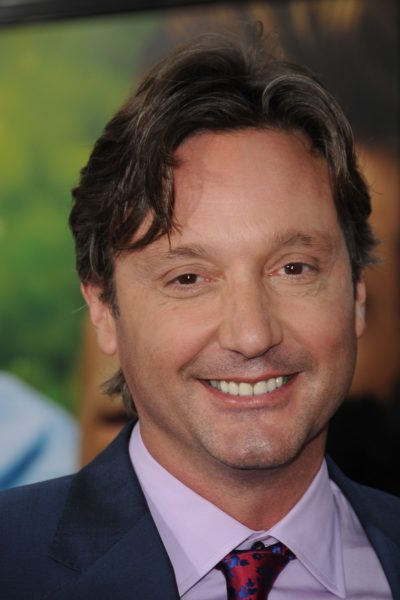 Steers in 2010, photo by s_bukley/www.bigstockphoto.com

Burr Steers is an American actor, screenwriter, and director. He has helmed Igby Goes Down, and the Zac Efron-starring Charlie St. Cloud and 17 Again, among other films.

Burr is from a prominent, “WASP” family, with many notable ancestors and relatives. He is the son of socialite Nina Auchincloss Straight (née Auchincloss) and politician and businessperson Newton Steers (Newton Ivan Steers, Jr.). His father was a Republican member of the U.S. House of Representatives from Maryland, from January 3, 1977 to January 3, 1979. His mother was a second cousin of lawyer and novelist Louis Auchincloss, a step-sister of First Lady, Jacqueline Kennedy Onassis (her father had married Jacqueline’s mother), and a half-sister of writer Gore Vidal, through their mothers. His brother, Hugh Auchincloss Steers, was a figurative painter, whose later work focused on AIDS. Burr is a third cousin, once removed, of politician Jake Auchincloss. Burr’s great-great-grandparents, John L. Auchincloss and Elizabeth Buck, were also Jake’s great-great-great-grandparents.

Burr’s stepfather was Michael Whitney Straight, who was a prominent magazine publisher, novelist, and patron of the arts. He was a brother of actress Beatrice Straight.

Burr’s paternal grandfather was Newton Ivan Steers, Sr. (the son of William Colyer Steers and Margaret R. Gault). Newton was born in New York, to a father from New York and to a mother from Canada, whose own parents were Irish. William was the son of Thomas E. Steers and Margaret Calhoun. Burr’s great-grandmother Margaret was the daughter of Alex Gault and Elizabeth Campbell.

Burr’s paternal grandmother was Claire Louise Herder (the daughter of Peter Herder and Charlotte Maria Butler). Claire was born in New York, to a father from Germany and a mother from Ireland.

Burr’s maternal grandfather was Hugh Dudley Auchincloss, Jr. (the son of Hugh Dudley Auchincloss, Sr., and Emma Brewster Jennings). Burr’s grandfather Hugh was born in Rhode Island, and was a stockbroker and lawyer. Burr’s great-grandfather Hugh was the son of John L. Auchincloss and Elizabeth Buck; John was born in New York, to a father from Paisley, Renfrewshire, Scotland, Hugh Auchincloss, and to a mother from Pennsylvania, Ann Anthony Stuart. Through this line, Burr is also a first cousin, twice removed, of Republican politician James C. Auchincloss, who was Mayor of Rumson, from 1938 to 1942, and a Member of the U.S. House of Representatives from New Jersey, from January 3, 1943 to January 3, 1965.

Burr’s great-grandmother Emma Jennings was the daughter of Oliver Burr Jennings, a businessperson, who was one of the original stockholders in Standard Oil, and of Esther Judson Goodsell. Emma was a sister of industrialist Walter Jennings, who was president of National Fuel Gas Company and the Jekyll Island Club; and of financier Oliver Gould Jennings. Through his Jennings line, Burr is a first cousin, twice removed, of Oliver’s son, Brewster Jennings, a founder and president of Socony-Vacuum, that became the Standard Oil Company of New York.

Burr’s maternal grandmother was Nina S. Gore (the daughter of Thomas Pryor Gore and Nina Belle Kay). Burr’s grandmother Nina was born in Oklahoma. Thomas Gore was a Democratic U.S. Senator from Oklahoma, from December 11, 1907 to March 4, 1921, and again, from March 4, 1931 to January 3, 1937. Thomas was the son of Thomas/Tom Madison Gore and Caroline/Carrie Elizabeth Wingo. Burr’s great-grandmother Nina was the daughter of John Thomas Kay and Marcella/Macilla McLaughlin.

Burr’s maternal Gore line can be traced to James Gore, who was born, c. 1662, in Wales.

Genealogy of Burr Steers (focusing on his mother’s side) – http://worldconnect.rootsweb.ancestry.com