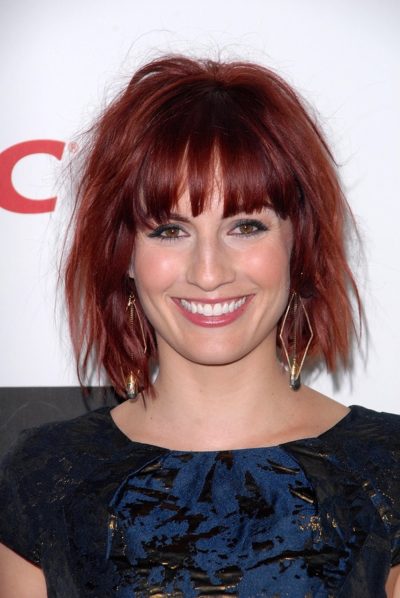 Alison Haislip is an American actress and television correspondant.

Alison is the daughter of Jacqueline Anne (Fesq) and Bruce D. Haislip. Alison has a brother, Greg.

Alison’s paternal grandmother was Ethel Amelia Weiss (the daughter of Addie Ackerman). Addie was the daughter of John Augustus Ackerman and Emma Schreiber.

Alison’s maternal grandfather was John Fred Henry Fesq (the son of Edward Julius Fesq and Alberta S. Behm). Edward was the son of Johann/John Fritz Henry Fesq, who was German, and of Margarethe/Margaret Elizabeth Brud/Brust, whose own parents, Joseph Brust and Barbara Williams, were German. Alberta was the daughter of Vallera.

Alison’s maternal grandmother was Natalie Nicola Nasuti (the daughter of Vincenzo “James” Nasuti and Antoinette Breghella). Vincenzo and Antoinette were Italian, with Vincenzo being from Lanciano, Province of Cheti, Abruzzo, Italy.