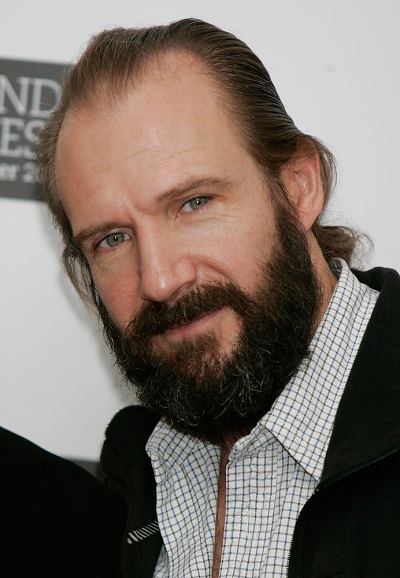 Fiennes in 2011, photo by Prphotos.com

Ralph Fiennes is an English actor, film producer, and director.

He is the son of Mark Twisleton-Wykeham-Fiennes, a farmer and photographer, from Dalton, Northumberland, and Jennifer Anne Mary Alleyne (Lash), a writer, from Chichester, Sussex. The Fiennes are a prominent family. Among his siblings are film director, writer, and producer Martha Fiennes; film director and producer Sophie Fiennes; composer, record producer, and songwriter Magnus Fiennes; and actor Joseph Fiennes. His nephew, Martha’s son, is actor and model Hero Fiennes Tiffin. Ralph stated during his interview on Inside the Actors Studio (2006) that the surname Fiennes is of Norman origin.

Ralph’s recent (as well as relatively recent) ancestry consists of English, Northern Irish, Irish, and Scottish. Many of his ancestors had been born in India, during the time of British colonialism there. Ralph’s third cousin, once removed, is explorer and endurance record holder Ranulph Fiennes.

Ralph’s maternal grandfather was Henry Alleyne Lash (the son of Nicholas Alleyne Lash and Violet Maud Keely). Henry, a British colonial officer, was born in Bengal, India. Nicholas was born in India, the son of Augustus Henry Lash and Alicia Elizabeth De Clare Quinlan, who were both born in Ireland. Violet was born in Nottingham, Nottinghamshire, England, to English parents George Philipps Keely and Angela Fisher.

Ralph’s maternal grandmother was Joan/Joanna Mary Moore (the daughter of Pierce Langrishe Moore and Muriel Strange). Joan was born in Madras, India. Pierce was born in Trichinopoly, Madras, India, the son of Lewis Moore and Edith Katherine/Catherine Johnston, who had English ancestry. Ralph’s great-grandmother Muriel was born in London, England, and was the daughter of Lumisden Strange, who had English, Scottish, and Northern Irish ancestry; and of Alice Sibylla/Sybil Rideout. Ralph’s great-great-grandmother Alice was also born in India, the daughter of John Ward/Wood Rideout and Amy Ledwell Taylor, and was also of English descent.

Ralph’s matrilineal line can be traced to Sibella/Sybilla Dickson, who was born, c. 1742, in Somerset, England, and to her mother, Anne Carteret Dickson.