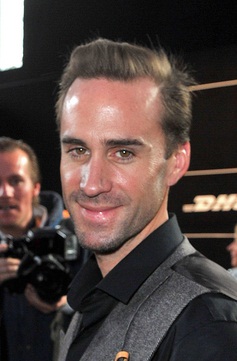 Joseph Fiennes is an English actor. His roles include Stealing Beauty, Elizabeth, Shakespeare in Love, as William Shakespeare, Enemy at the Gates, Killing Me Softly, The Great Raid, Running with Scissors, The Escapist, FlashForward, The Games Maker, The Handmaid’s Tale, and Strangerland.

Joseph is the son of Mark Twisleton-Wykeham-Fiennes, a farmer and photographer, from Dalton, Northumberland, and Jennifer Anne Mary Alleyne (Lash), a writer and painter, from Chichester, Sussex. The Fiennes are a prominent family. Among his siblings are actor, film producer, and director Ralph Fiennes; film director, writer, and producer Martha Fiennes; film director and producer Sophie Fiennes; and composer, record producer, and songwriter Magnus Fiennes. His nephew, Martha’s son, is actor and model Hero Fiennes Tiffin. Ralph stated during his interview on Inside the Actors Studio (2006) that the surname Fiennes is of Norman origin.

Joseph’s maternal grandmother was Joan/Joanna Mary Moore (the daughter of Pierce Langrishe Moore and Muriel Strange). Joan was born in Madras, India. Pierce was born in Trichinopoly, Madras, India, the son of Lewis Moore and Edith Katherine/Catherine Johnston, who had English ancestry. Joseph’s great-grandmother Muriel was born in London, England, and was the daughter of Lumisden Strange, who had English, Scottish, and Northern Irish ancestry; and of Alice Sibylla/Sybil Rideout. Joseph’s great-great-grandmother Alice was also born in India, the daughter of John Ward/Wood Rideout and Amy Ledwell Taylor, and was also of English descent.