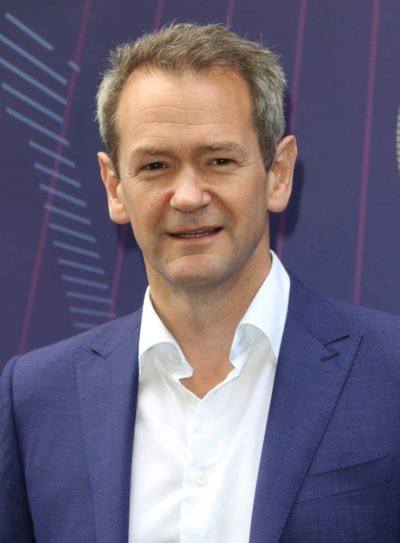 Alexander Armstrong is an English actor, television and radio presenter, and bass baritone singer. He is one half of the comedy duo Armstrong and Miller, alongside Ben Miller.

Alexander is the son of Emma Virginia Peronnet Thompson-McCausland and Henry Angus Armstrong, a physician. He is married to Hannah Bronwen Snow, with whom he has four children. Hannah is the sister of journalist and food blogger Esther Walker.

He is a second cousin of actress and writer Imogen Stubbs.

Alexander’s maternal grandfather was Lucius Perronet Thompson-McCausland (the son of John Perronet Thompson and Ada Lucia Tyrrell). Lucius was a prominent economist. John was the Chief Commissioner of Delhi, from 1928 and 1932, and was the son of Vincent Thomas Thompson and Eleanor Wade. Ada was the daughter of Irish parents, Robert Yelverton Tyrrell and Ada Shaw.

Alexander’s maternal grandmother was Helen Laura McCausland (the daughter of Maurice Marcus McCausland and Eileen Leslie Ogilby). Maurice was the son of Connolly Thomas McCausland, who was born in Ireland, to an Irish father and an English mother, and of Laura St. John, whose own father was St Andrew St John, 15th Baron St John of Bletso. Eileen was the daughter of Robert Alexander Ogilby, who was Northern Irish, and of Helen Sarah Wheeler.