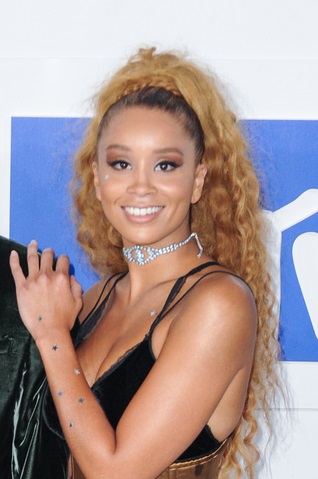 Jillian Hervey is an American singer and dancer. She is the singer of R&B duo Lion Babe, with producer Lucas Goodman.

She is the daughter of actress, singer, songwriter, producer, model, and television personality Vanessa L. Williams and music executive Ramon Hervey II. Her uncle is actor and comedian Chris Williams.

All of her grandparents were/are black.

Jillian’s paternal grandfather was Ramon/Raymond Triche Hervey (the son of Henry Peter Hervey and Georgianna/Georgiana/Georgia Wilhemine Triche). Ramon was born in Illinois, to Louisiana Creole parents. Henry was the son of Octave/Olin Hervey and Rita Gasper. Georgianna was the daughter of George/Gus Triche and Amelia/Amanda Gauff.

In an interview, a journalist stated that Jillian’s mother’s mixed heritage includes African American, Welsh, and Native American. It is not clear if this Native American ancestry has been verified/documented. Jillian’s mother’s appeared on the program Who Do You Think You Are? (2011), where she discovered that her own great-great-grandfather, David Carll, was a “mulatto” (mixed race) man who avoided slavery and married a white woman (her great-great-grandmother).