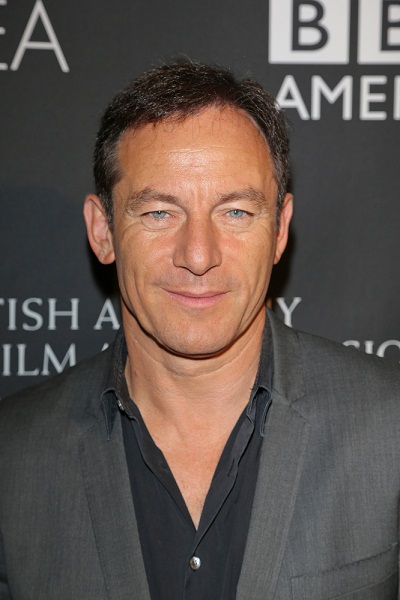 Jason Isaacs is a British actor. His many roles include the films The Patriot, the Harry Potter universe, Armageddon, Peter Pan, Nine Lives, Good (2008), A Cure for Wellness, The Death of Stalin, Hotel Mumbai, and Mass (2021), and television’s Awake, The OA, Star Trek: Discovery, and The State Within, as well as many stage plays.

His parents were both from Ashkenazi Jewish families (from Belarus, Russia, and Poland). Jason’s parents later moved from England to Israel.

Jason is married to documentary filmmaker Emma Hewitt, with whom he has two children.

Jason’s paternal grandfather was Jacob “Jack” Isaacs (the son of Michael Isaacs and Leah Silverman). Michael was the son of David Aizikowitz and Blumma Chaya Lippetz, who were from Grodno, Belarus. Leah was the daughter of Solomon/Salomon Silverman/Ben Klonomos and Betsy/Bat Sheva.

Jason’s maternal grandmother was Githa Polak (the daughter of Harris Polak and Minnie G. Herman/German). Githa was born in Liverpool, Lancashire, England. She re-married to David Nathan. Harris was born in Verchovka, Podolska, Russia, the son of Yechiel Pollack and Sarah. Minnie was born in Podolska, the daughter of Solomon Isaac German and Rachel Goldman.