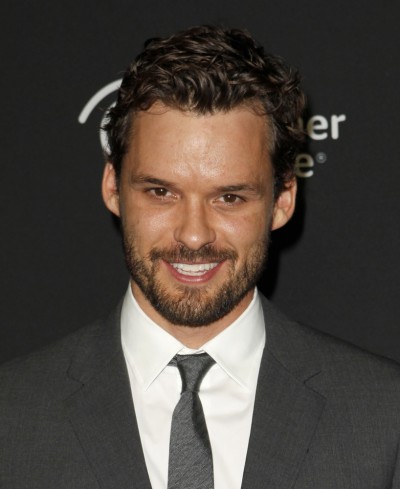 Nichols in 2013, photo by Prphotos

Austin Nichols is an American actor, director, and athlete. His roles include the films The Day After Tomorrow, Glory Road, The Informers, and The Iron Orchard, and the shows One Tree Hill, The Walking Dead, and John from Cincinnati. He was part of the U.S. junior water ski team in the Pan-American Championships in 1997, and was on the U.S. junior Olympic water skiing team.

He is the son of Kay, who was a champion professional trick water skier, and David Nichols, a radiologist. He was raised in Austin, Texas, near Lake Austin.

Austin’s paternal grandfather was John William Nichols (the son of Haskell Linton Nichols and Mary Townsend). John was born in Michigan. Haskell was the son of Myron Henry Nichols and Elizabeth Linton, who was Irish. Mary was the daughter of Willis Hankins Townsend and Mary Margaret Bowland.

Austin’s paternal grandmother was Ann Deaton (the daughter of David Grady Deaton and Irene Wood). Ann was born in Texas. David was the son of John James Deaton and Olive Ann Faith. Irene was the daughter of Albert Sidney Wood and Beulah L. Wood.

Sources: Genealogy of Austin Nichols (focusing on his father’s side) – http://worldconnect.rootsweb.ancestry.com

Genealogy of Austin’s paternal great-grandmother, Mary Townsend (focusing on her father’s side) – http://worldconnect.rootsweb.ancestry.com

Genealogy of Austin’s paternal great-grandfather, David Grady Deaton (focusing on his own mother’s side) – http://worldconnect.rootsweb.ancestry.com