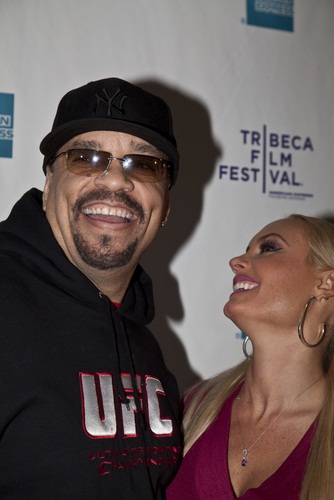 Ice-T is the son of Alice and Solomon Marrow. His parents were both black. His mother is sometimes said to have had Louisiana Creole ancestry. This does not appear to be accurate.

Ice-T is married to actress, dancer, and model Coco Austin. He has three children, including a daughter with Coco.

Ice-T’s paternal grandfather was Solomon Marrow (the son of Daniel Marrow and Tempie Hunt). Solomon was born in North Carolina. Daniel was the son of Aaron Marrow and Susan Daniel.

Ice-T’s maternal grandfather was Charndiler Jordan Smith (the son of Leander A. Smith and Priscilla Coleman). Charndiler was born in Virginia. Leander was the son of William R. Smith and Betsy Humbles. Priscilla was the daughter of Susan Green.