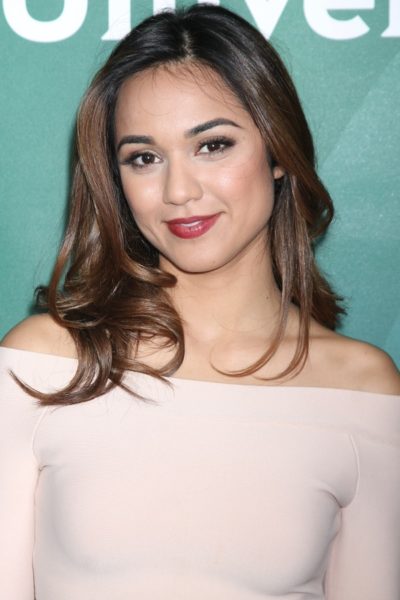 Summer Bishil is an American actress. She is known for her roles on the shows Hannah Montana and The Magicians, and in the film Towelhead (2008), where she played the lead, a character of Lebanese descent growing up in the U.S. during the Gulf War in 1991. The film deals with racial attitudes towards Middle Eastern people in the U.S.

Her father is of Indian descent, and has Saudi Arabian citizenship. Her mother is of half European [German, English, and distant Dutch] and half Mexican ancestry. In 1991, her family moved to Saudi Arabia, and later Bahrain. They returned to the U.S. after the 9/11 attacks.

Summer’s maternal grandmother is the daughter of Manuel Rivera and Ramona Mejia.

Genealogy of Summer Bishil (focusing on her mother’s side) – https://www.geni.com