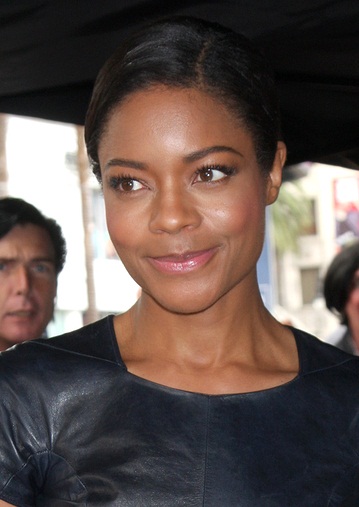 Harris in 2012, photo by kathclick/Bigstock.com

Naomie Harris is a British actress. Her roles include Moonlight, for which she received an Oscar nomination; Our Kind of Traitor, 28 Days Later, and Venom: Let There Be Carnage, among many others. Her father, Brian Clarke, was born in Trinidad, to Grenadian and Guyanese parents. Her mother, Carmen Harris, is Jamaican. Her mother wrote for the soap opera EastEnders.

…My mum’s from Jamaica, my dad’s from Trinidad; they both moved here when very young. My mum’s now a writer and my dad’s a fashion designer.

Naomie’s paternal grandfather was George Clarke (the son of Wilfred Clarke and Etta St Louis). George was born on Grenada. Wilfred was the son of Charles William Wallace Clarke, a white man, and of Anne-Sophia, a black woman.

On the show Who Do You Think You Are? in 2019, Naomie traced her maternal ancestry to her five time great-grandmother, Elizabeth Leevers, a slave who had been born in Africa.

Source: Information about Naomie’s appearance on Who Do You Think You Are?, 2019 – https://www.thegenealogist.co.uk