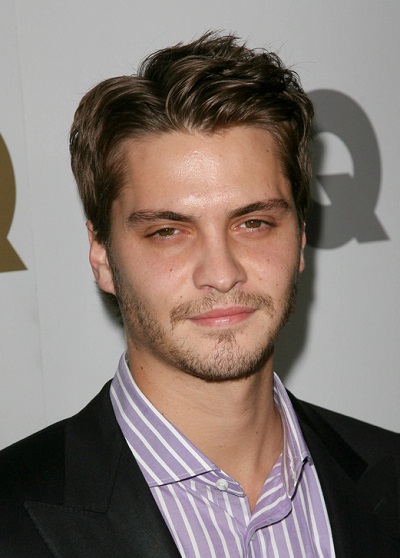 Grimes in 2010, image via Prphotos

Luke Grimes is an American actor. His roles include the films All the Boys Love Mandy Lane, Taken 2, American Sniper, Forever, The Magnificent Seven (2016), and television’s Yellowstone.

Luke is the son of a Protestant minister. He is married to Bianca Rodrigues.

Luke’s paternal grandfather is Charles Homer Grimes (the son of John Grimes and Lucinda/Lucy Gibson). Charles was born in Virginia. John was the son of James W. Grimes and Delilah Jane Muncy. Lucinda was the daughter of Kindrick Gibson and Betty Everedge.