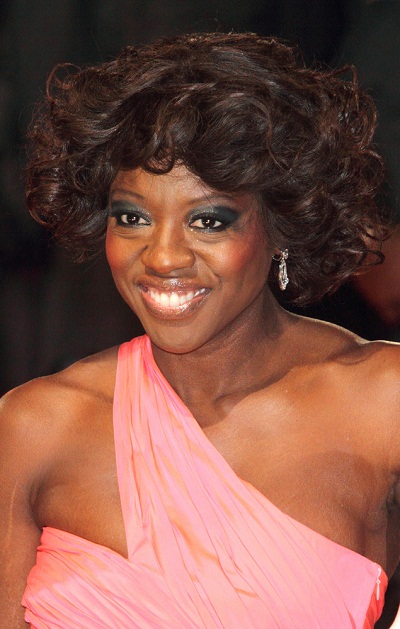 Viola Davis is an American actress and producer. She won the Academy Award for Best Supporting Actress for Fences (2016). Her roles also include Doubt, Madea Goes to Jail, Law Abiding Citizen, It’s Kind of a Funny Story, The Help, Extremely Loud and Incredibly Close, Won’t Back Down, Ender’s Game, Prisoners, Get On Up, How to Get Away with Murder, Suicide Squad, Widows, Troop Zero, Ma Rainey’s Black Bottom, and The Unforgivable.

She was born in South Carolina, in the American South, on her grandmother’s farm in the Singleton Plantation. She is the daughter of Mary Alice and Dan Davis, and was raised in Central Falls, Rhode Island, New England. Her father trained horses. Her mother was a maid, factory worker, and civil rights activist. Viola has recalled being taken to jail with her mother at a very young age, after a protest.

Viola is married to actor Julius Tennon, with whom she has a daughter, who is adopted. She is a second cousin of actor Mike Colter. Her maternal grandfather, Henry Logan, was the brother of Mike’s paternal grandmother, Vinnie/Viney Logan.

A DNA test taken by Viola stated that her genetic ancestry is:

Her DNA ancestry largely matches the populations of Kenya, Cameroon, the Congo, and Nigeria.

Viola’s paternal grandmother is named Idella Johnson (the daughter of George Johnson, and of a woman surnamed Furgerson). Idella was born in South Carolina.

Viola’s maternal grandfather was Henry Logan (the son of Corine/Corrine Revanel/Ravenel/Ravernal/Ravenell). Henry was born in South Carolina. Corine was the daughter of William/Rierson Ravenell/Ravenel and Mettie/Mittie/Minty/Mintise Sweitzer.

Viola’s maternal grandmother was Mozell/Mozel/Moselle/Mozelle Howell (the daughter of Cyrus Howell/Howelle and Lucinda Duckson). Mozell was born in South Carolina. Cyrus was the son of Manwell Howell and Jenny. Lucinda was the daughter of Paul Duckson and Eliza Hart/Duckson.