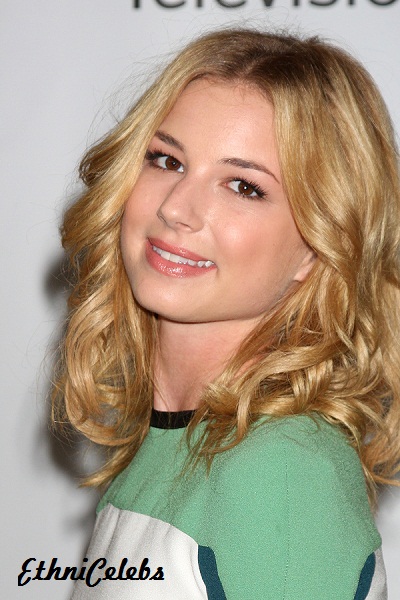 VanCamp in 2011, photo by kathclick/bigstock.com

Emily VanCamp is a Canadian actress. She is known for starring on the series Revenge and as Sharon Carter in the Marvel saga. She is fluent in French. Her surname can be Dutch or Belgian [Flemish].

Emily is married to British actor Josh Bowman, with whom she has a daughter.

Emily’s maternal grandfather was James Allan Baird (the son of George Harvey Baird and Mary Hazel Finley). James was born in Saintfield, Ontario. George was the son of James Baird, whose parents were Irish, and of Bathaie Wallace, whose parents were Scottish. Mary was the daughter of Humphrey Finley, who had Irish ancestry, and of Margaret Henry.

Emily’s maternal grandmother was Mary I. Howsam (the daughter of Charles Newton Howsam and Mable Irene Williams). Mable was the daughter of Alonzo Williams and Mary Ethel Still.