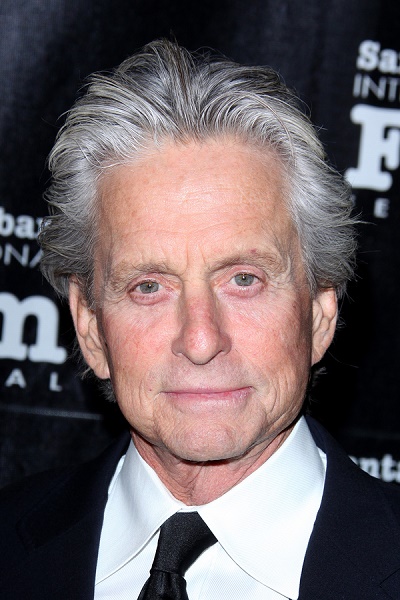 Douglas in 2011, photo by kathclick/Bigstock.com

Michael Douglas is an American actor and producer. He won the Academy Award for Best Actor for Wall Street (1987).

He is the son of actors Kirk Douglas (born Issur Danielovitch) and Diana Dill (Diana Love Dill). He has three children: two with his wife, Welsh actress Catherine Zeta-Jones, and a son, actor Cameron Douglas, with his former wife, Diandra Luker.

Michael’s father was Jewish (the son of emigrants from Belarus). Michael’s mother, who was born in Devonshire, Bermuda, had English, Irish, Welsh, Dutch, Scottish, Belgian, and French ancestry. Michael has British citizenship with Bermudian Status because of his mother’s birth in Bermuda. He is a maternal cousin of the Right Reverend Nicholas Dill, the Bishop of the established Anglican Church of Bermuda, heiress and entrepreneur Mary Lea Johnson Richards, and artist John Seward Johnson II. His uncle was politician Sir Nicholas Bayard Dill.

In 2015, Michael stated that he identifies as Jewish by religion, and described himself as a Reform Jew. Michael’s son with Catherine, Dylan, had a Bar Mitzvah ceremony (having decided to do so of his own choice).

Michael’s paternal grandfather was named Herschel “Harry” Danielovitch (aka) Demsky (the son of Iser Danilovitch). Herschel was a Belarusian Jew.

Michael’s maternal grandfather was Lieutenant Colonel Thomas Melville Dill (the son of Thomas Newbold Dill and Mary Lea Smith). Michael’s grandfather Thomas was born in Devonshire, Bermuda, and was Attorney General of Bermuda, a Member of the Parliament of Bermuda (MCP), and a commanding officer of the Bermuda Militia Artillery. Michael’s great-grandfather Thomas was born in Devonshire, the son of Thomas Melville Dill and Harriet Valk Smith. He was a merchant, an MCP for Devonshire Parish, a Member of the Legislative Council and an Assistant Justice, and Mayor of the City of Hamilton. Michael’s great-great-grandfather Thomas Melville Dill was a sea captain, who, in March 1858, took the Bermudian-built barque Sir George F. Seymour from Bermuda to Ireland in thirteen days. Michael’s great-grandmother Mary Smith was born in Saint Michael, Barbados, the daughter of Samuel Benjamin Smith and Susan Augusta Smith.

Michael’s maternal grandmother was Ruth Rapalje Neilson (the daughter of Nicholas Bayard Neilson and Sarah Gifford Chapman). Ruth was born in New Jersey, to a family that had lived in the United States for many generations. Nicholas was the son of Theodore Grant Neilson and Catherine Bayard/D. Rutgers/Rugers. Sarah was the daughter of James/Joseph Marsh Chapman and Louisa Stockton Johnson.

Michael’s matrilineal line can be traced to Patience Gifford, who was born, c. 1787.

Genealogy of Michael Douglas (focusing on his mother’s side) – http://www.wikitree.com 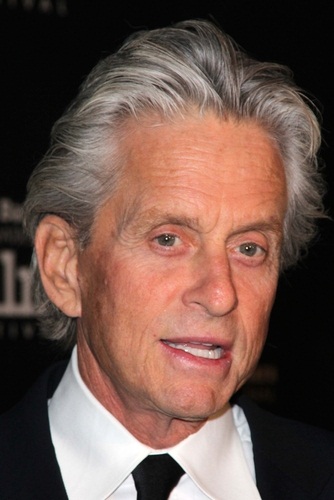 Douglas in 2011, photo by s_bukley / Shutterstock.com