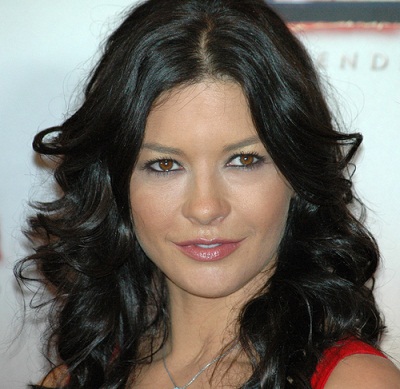 Catherine Zeta-Jones is a Welsh actress. She won the Academy Award for Best Supporting Actress for Chicago (2002). Her roles also include the films The Mask of Zorro, Entrapment, The Haunting, Traffic, Intolerable Cruelty, Ocean’s Twelve, No Reservations, and Side Effects, and television’s Catherine the Great, among other works.

Her father is of Welsh descent. Her mother is of Welsh, English, and Irish ancestry. She is married to American actor Michael Douglas, with whom she has two children.

Catherine’s maternal grandfather was William Edgar Fair (the son of Ernest George Fair and Edith Margaret Williams). William was born in Swansea. Ernest was born in Swansea, to English parents, from Devon, William Fair and Agnes Pugsley, with Agnes at least being from Barnstaple. Edith was the daughter of James Williams and Ruth Lewis.

Catherine is sometimes described on the internet as being of Greek ancestry. This is not accurate.

Genealogy of Catherine Zeta-Jones (focusing on her mother’s side) – http://worldconnect.rootsweb.ancestry.com