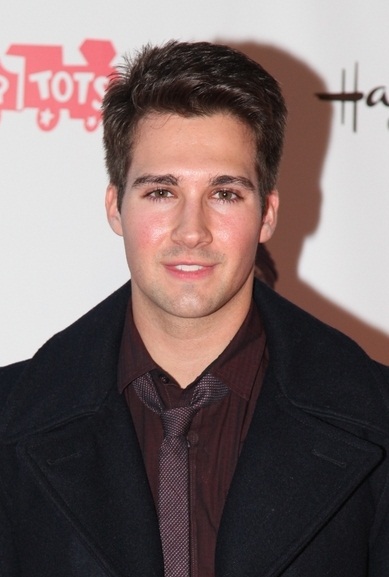 James’s paternal grandfather was Robert Maslow (the son of Charles Weslow/Maslow and Fanny/Fannie Shapiro). Robert was born in New York, to Russian Jewish parents. Charles was born in Kiev, the son of Louis Maslow and Cyril/Cillie Berman, who were born in Minsk, Belarus.

James’s paternal grandmother was named Jean Noemi Rosner. Noemi was a Czech Jewish immigrant, who came to the U.S. after World War II.

James’s maternal grandmother is Mary Therese Huff (the daughter of Aloys Hicks Huff and Helen Marie Bowlds). Mary was born in Illinois. Aloys was the son of Seymour/Seymore A. Huff and Elizabeth Guth, who was of Swiss-German and German descent. Helen was the daughter of John Michael Bowlds and Julia Arthelia/Ann McDonald/McDonnell.