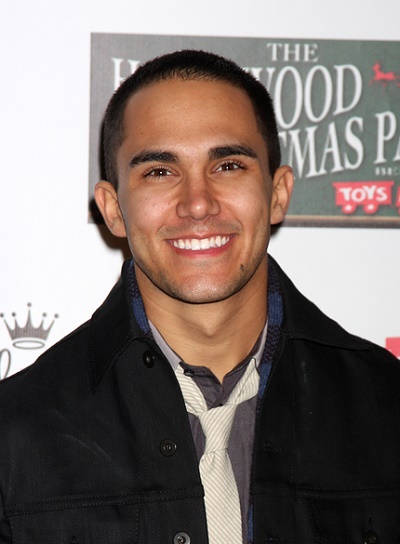 PenaVega in 2012, photo by kathclick/Bigstock.com

Carlos PenaVega, previously credited as Carlos Pena, is an American actor and singer. He is a member of the band Big Time Rush, and starred in the television series of the same name. The other members of the band are Logan Henderson, James Maslow, and Kendall Schmidt.

His mother is of Dominican Republic ancestry and his father is of Venezuelan and Spanish ancestry. According to Carlos, he has family living in Spain, and visits them often. He can speak Spanish but is not fluent.

Carlos is married to actress and singer Alexa PenaVega (previously credited as Alexa Vega). They merged their surnames together. The couple has three children.