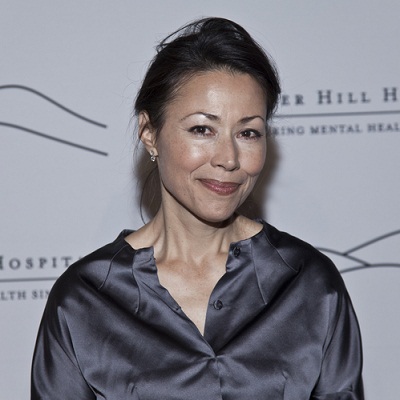 Ann Curry is an American television personality, journalist, and photojournalist.

Ann was born in Guam, the daughter of Hiroe (Nagase) and Robert Paul Curry. She is married to software executive Brian Ross, with whom she has two children. Curry is the surname of Ann’s step-grandfather Everet Curry.

Her parents met during the U.S. occupation of Japan after World War II. Her father, a career navy sailor, was working as a streetcar conductor in Japan. Ann was raised in Sasebo, Nagasaki and Ashland, Oregon. She has said, “my face announces to the world that I come from a long line of very open-minded lovers.”

Ann has traveled to Japan to find her mother’s ancestry. Her journey can be seen here.

Ann’s paternal grandfather was Charles Earl/Edward Wright (the son of David A. “Dick” Wright and Margaret Hill). Charles was born in Montrose, Colorado. Margaret was the daughter of William Henry Hill, who was born in Devonshire, England, and of Margaret Ann Casey, who was Irish. William and Margaret were homesteaders in Colorado. Ann did not know the identity of her grandfather until her appearance on the show Finding Your Roots with Henry Louis Gates, Jr. (2019).

Source: Genealogy of Ann Curry (focusing on her father’s side) – https://www.geni.com