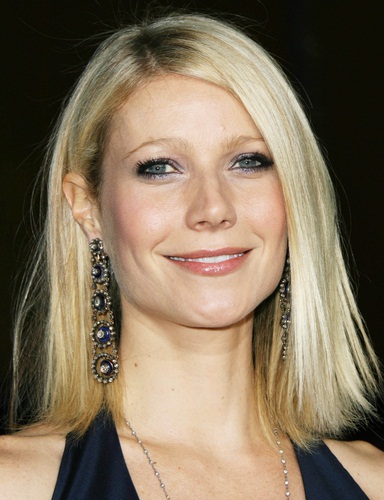 Gwyneth Paltrow is an American actress, singer, food writer, and businessperson. She won the Academy Award for Best Actress for Shakespeare in Love (1998).

She is the daughter of director Bruce Paltrow and actress Blythe Danner. Her father was from a Jewish family. They emigrated from Poland, Lithuania, Russia, and Belarus. Her mother, who attended a Quaker school, is of mostly Pennsylvania Dutch [German], with some Swiss-German, Alsatian German, English, and Irish, descent, including a few ancestors who lived in Barbados. Gwyneth was raised around both Judaism and Christianity (her brother had a Bar Mitzvah ceremony). In recent years, she appears to have embraced the Jewish faith.

Her father’s family can be traced back to 17th century Russia, and includes many rabbis. She has stated, “I am the result of generations and generations of rabbis back in Minsk.” One of Gwyneth’s paternal cousins, filmmaker Rebekah Paltrow Neumann, is married to businessperson Adam Neumann, the co-founder of WeWork. Gwyneth is a second cousin of Gabby Giffords, who served as a Member of the U.S. House of Representatives from Arizona, from 2007 to 2012, and is married to politician and astronaut Mark Kelly. Gwyneth’s paternal great-grandparents Meyir Paltrowitz and Ida W. Hyman were also Gabrielle’s paternal great-grandparents. Gwyneth is also a first cousin of entrepreneur Rebekah Neumann, who is married to Israeli businessperson Adam Neumann.

Gwyneth is a maternal cousin of actress Katherine Moening. Her mother is a half-sister of Katherine’s father. She is niece of opera singer and actor Harry Danner and performer and director Dorothy “Dottie” Danner, and a half-niece of violin maker William Moennig.

Gwyneth’s paternal grandfather was Arnold P. Paltrow (the son of Myer/Meyir/Mike Paltrowitz and Ida W. Hyman). Arnold was born in New York. Myer was born in Boston, Massachusetts, the son of Simcha “Simon” Paltrowicz/Paltrovitch, a Polish Jew, and of Tsipora/Zipporah “Sophia” Levitansky, a Lithuanian Jew; Myer’s ancestry can be traced back to Paltieyl Pelterowicz, who was born, c. 1775, in Poland. Ida was born in Gmina Suwałki, Poland, the daughter of Jewish parents, Yoseyf/Joseph Heyman/Hyman and Rivka/Rebecca Epshtein/Epstein.

Gwyneth’s maternal grandmother was Katherine M. Kile (the daughter of Harry Frederick Kile and Pauline Friedericke Holzwarth/Holzworth). Katherine was born in Pennsylvania. Harry was the son of William Harry Kile, who was of German descent, and of Rosa Schlump, who was born in Pennsylvania, to German parents. Pauline was an emigrant from Oberweißbach, Germany, who came to the U.S., at the age of fourteen, as an indentured servant, in 1903.

Information about Gwyneth’s appearance on Who Do You Think You Are?, 2011 – http://ancestraldiscoveries.blogspot.ca