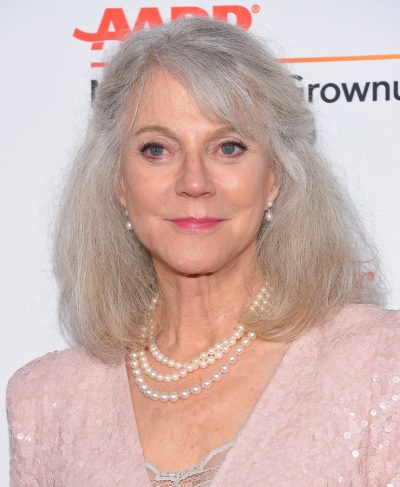 Danner in 2019, photo by DFree/Bigstock.com

Blythe Danner is an American actress.

She is the daughter of Katherine M. (Kile) and Harry Earl Danner. She was married to director Bruce Paltrow, until his death, with whom she has two children, actress and food writer Gwyneth Paltrow and writer and director Jake Paltrow.

She is the sister of opera singer and actor Harry Danner and performer and director Dorothy “Dottie” Danner, and a maternal half-sister of violin maker William Moennig. Blythe is a half-aunt of actress Katherine Moening, who is William’s daughter.

Blythe is of mostly German descent, including Swiss-German and Alsatian ancestors. Her family has deep roots in Pennsylvania, going back to the early 1600s (“Pennsylvania Dutch,” the nickname for Pennsylvania Germans). She also has an Irish-born three times great-grandmother and a great-grandmother who was from Barbados, and had English ancestry.

Blythe’s patrilineal line can be traced to Ulrich Danner, who was born, c. 1670, in Mannheim, Markgrafschaft Baden.

Blythe’s paternal grandfather was Harry/Henry Bollinger Danner (the son of John Solomon/Shaffer Danner and Arabella Bollinger). Harry was born in Pennsylvania, and was of mostly Pennsylvania Dutch [German] ancestry. John was the son of Solomon Danner and Lydia Ann Shaffer/Schaffer. Arabella was the daughter of Emanuel Bollinger and Sarah Senft, whose own mother, Sarah Daugherty, was Irish.

Blythe’s maternal grandmother was named Pauline Friedericke Holzwarth/Holzworth. Pauline was an emigrant from Oberweißbach, Germany, who came to the U.S., at the age of fourteen, as an indentured servant, in 1903.

Information about Blythe’s daughter Gwyneth’s appearance on Who Do You Think You Are?, 2011 – http://ancestraldiscoveries.blogspot.ca