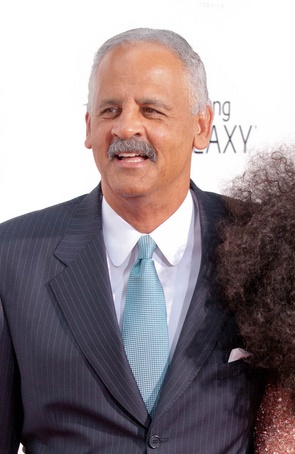 He was born and raised in Whitesboro, New Jersey, in the local black community, the son of Mary Amelia (Jacobs) and Stedman Worth Graham. He stated in an article at ABC News:

As a person of mixed Native American and African American ancestry, I was light-skinned.

Stedman’s parents were both African-American. It is not clear if Stedman’s Native American ancestry has been verified/documented. It is also possible that he has significant European ancestry.