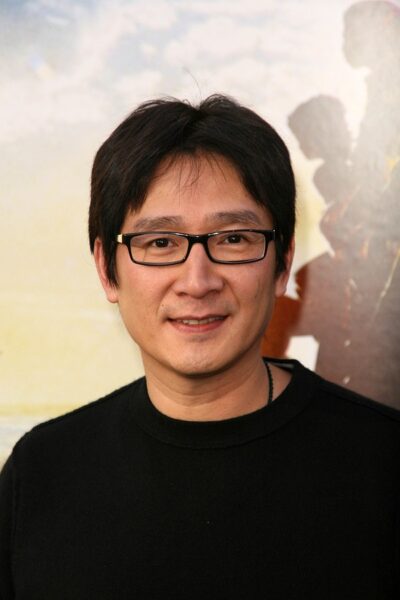 Ke Huy Quan is an American actor. He is known for his roles in the films Indiana Jones and the Temple of Doom, The Goonies, Breathing Fire, Encino Man, Second Time Around, Finding ‘Ohana, and Everything Everywhere All at Once, and television’s Head of the Class. He has also been billed as Jonathan Ke Quan and Jonathan Ke Huy Quan.

He was born in Saigon, Vietnam, to a Hoa family; the Hoa are Vietnamese of Chinese ancestry. After South Vietnam fell in 1975, his family moved as refugees to the U.S. in 1978, settling in California, where he began an acting career as a child; he was raised in Tujunga and Alhambra, CA. Upon leaving Vietnam, his father initially lived in Hong Kong and his mother in Malaysia.