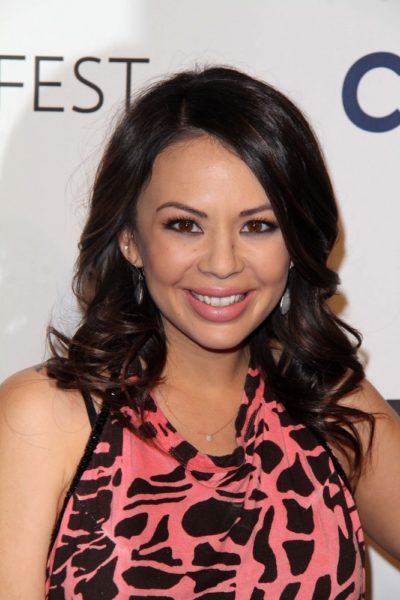 Parrish in 2014, photo by Prphotos

Janel Parrish is an American actress, dancer, singer, and songwriter. She has had leading roles in the film Bratz and on the series Heroes and, as Mona Vanderwaal, on Pretty Little Liars. Her father, Mark, is of Irish, English, and German descent. Her mother, Joanne, is of Han Chinese ancestry. Her parents are former bodybuilders.

Janel is married to Chris Long.

Being a “Hapa,” it has been difficult matching her with families in films roles. Her father has stated:

I think that’s just the reality of the way that it is, the Asian or hapa culture is never going to be mainstream Hollywood… I think you just have to be that much more ready when the opportunity presents itself, because there’s not going to be as much opportunities for Asian or hapa or as many parts as it would be for Caucasians.