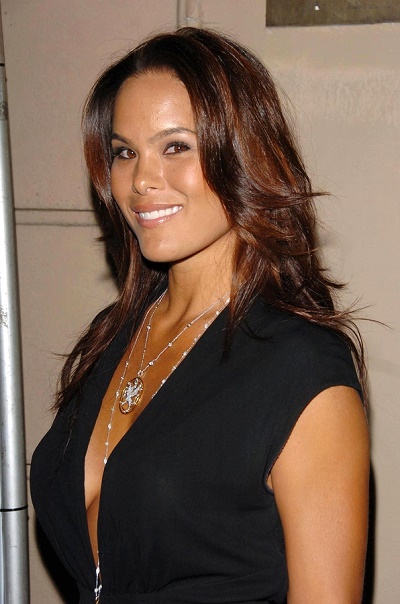 Kamano in 2006, photo by s_bukley/Bigstock.com

Stacy Kamano is an American actress. She is known for her role on Baywatch.

Stacy’s paternal grandmother was Yasuko “Elsie” Uyenaka (the daughter of Yosoemon/Yosonemon Uyenaka/Uenaka and Tsuya Hiromoto). Yasuko was born in Hawaii, to Japanese parents.

Stacy’s maternal grandfather was William Edward Washluske/Washluski (the son of Gustav/Gustave Washluski and Christina Ruffel/Raffle). William was born in Michigan City, Indiana, to emigrants from Germany. Gustav’s father was Polish.