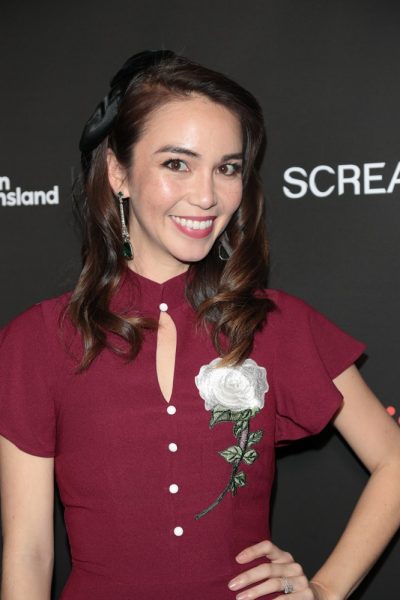 Sotomura in 2018, photo by Prphotos.com

Joanna Sotomura is an American actress.

Her family is pictured here. Joanna has stated that she has Japanese and German ancestry.

Joanna’s paternal grandfather is Yuki “Joseph” Sotomura (the son of Kosaburo Sotomura and Tamaya Miyabayashi). Joseph was born in California, to parents from Japan.

Joanna’s paternal grandmother is named Fumiye “Grace” Hamada. Grace was born in California, to a mother surnamed Minoda, and was of Japanese descent.

Joanna’s maternal grandfather is Stanley E. Traczuk (the son of Carl Frank Traczuk and Loretta Boryszewski). Stanley was born in Pennsylvania, to parents from Poland.