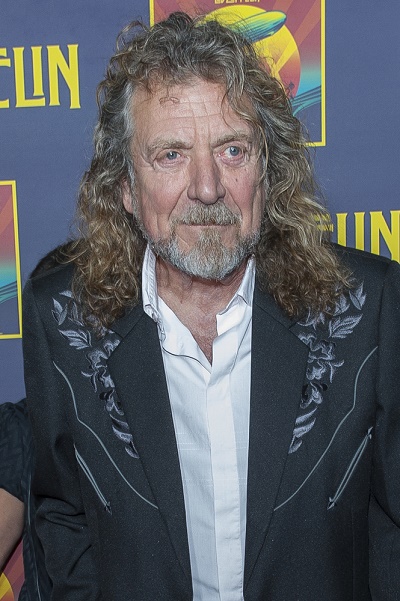 Robert Plant is an English singer, songwriter, and musician. He is the singer for legendary rock band Led Zeppelin. Other members of the group were John Bonham, John Paul Jones, and Jimmy Page.

Robert is the son of Annie Celia (Cain) and Robert Charles Plant. He has four children, including three with his former wife Maureen Wilson. He has a small amount of Irish ancestry through his Cain line.

Robert’s mother has also been described as having Romani/Romanichal ancestry. It is not clear if this has been verified/documented.

Robert’s paternal grandfather was Robert Shropshire Plant (the son of John Plant and Elizabeth Dinah Tildesley). John was the son of William Plant and Ann. Elizabeth was the daughter of Frederick Tildesley and Sarah Ann Austin.

Robert’s paternal grandmother was Frances Mary Farmer (the daughter of William Farmer and Johanna Thull). Frances was born in Staffordshire.