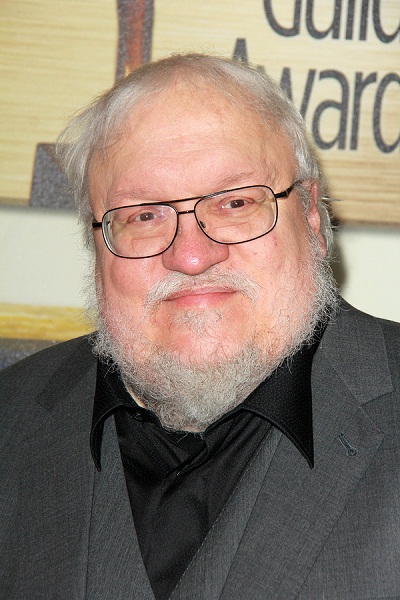 Martin in 2015, photo by kathclick/Bigstock.com

George R. R. Martin, also known as GRRM and George Raymond Richard Martin, is an American novelist and short-story writer in the fantasy, horror, and science fiction genres. He is also a screenwriter and television producer. The second R. stands for Richard, his confirmation name.

George is the son of Margaret Delores (Brady) and Raymond Collins Massella/Martin. He is married to Parris McBride.

George’s mother was of Irish, and a small amount of French-Canadian, descent. George’s paternal grandmother was of English and German ancestry.

A DNA test whose results were displayed on the show stated that George’s genetic ancestry is:

George’s maternal grandmother was Catharine Therease Wall (the daughter of James N. Wall and Catherine Lantry). George’s grandmother Catherine was born in Ohio, to an Irish father and a Canadian mother, who was of French-Canadian and Irish descent.