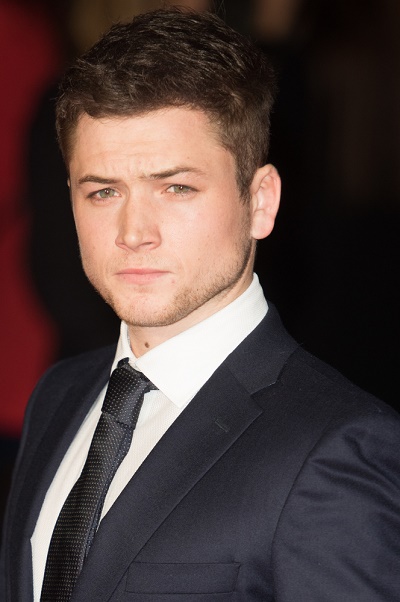 Egerton in 2014, photo by Prphotos.com

Taron Egerton is a Welsh actor. He is known for starring in the Kingsman films, as well as Eddie the Eagle, Sing, Robin Hood, and Rocketman.

He was born in Birkenhead, Cheshire, England, to English parents from Liverpool. One of his grandmothers was Welsh.

Taron was first raised around the Wirral, in England. His family later moved to Wales, first living in Anglesey, and later in Aberystwyth. His first name is a misspelling of Taran, Welsh for “thunder.” In an interview, Taran stated that he considers himself Welsh “through and through,” and that he speaks conversational Welsh (starting at 0:52 at this link).

Taron’s maternal grandfather was Thomas Henry Elliot Egerton (the son of Henry Samuel Elliott Egerton and Mary Elizabeth Rogers). Thomas was born in West Derby, Lancashire, England. Taron’s great-grandfather Henry was the son of Joseph Elliott Egerton and Jane Ellen Shaw. Mary Elizabeth was the daughter of Thomas Rogers, who was from Meath, Ireland, and of Mary Power, whose own parents were Robert Power and Ann Hanrahan, who was from Mayo, Ireland.