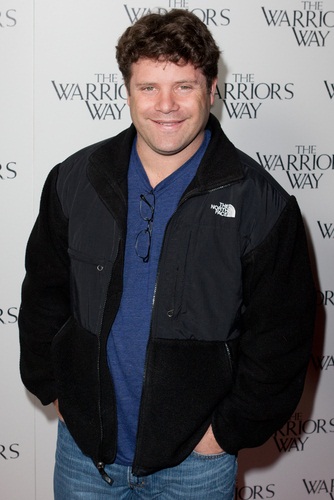 Sean Astin is an American actor, director, and producer. He is known for starring in the films The Goonies and Rudy, as well as in the Lord of the Rings franchise.

Sean’s biological father is Jewish (of Austrian Jewish and Polish Jewish descent). Sean’s mother, who was raised Catholic, was of seven eighths Irish and one eighth German descent.

Sean is married to producer Christine Harrell, with whom he has three children, including actress Ali Astin.

Sean’s maternal grandfather was John Patrick Duke (the son of James Bartholomew Duke and Katherine/Catherine Ann O’Hara). John was born in New York, to Irish parents, from Longford. James was the son of John Duke and Mary Sheridan. Katherine was the daughter of Michael O’Hara.

Genealogy of Sean Astin (focusing on his mother’s side) – https://www.geni.com