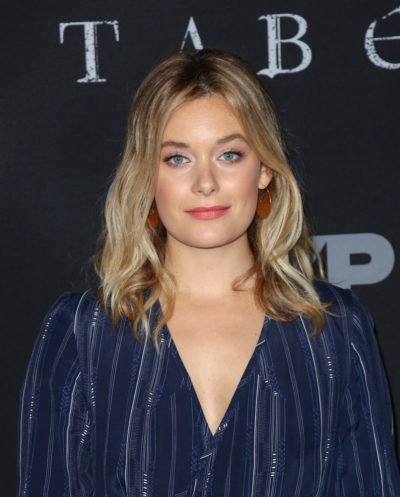 Rachel Keller is an American actress. She is known for her roles on the series Fargo, Legion, The Society, Dirty John, and Tokyo Vice, and in the film In the Shadow of the Moon.

Rachel’s paternal grandfather is Stanley M. Keller (the son of Harry Keller and Rebecca Eberhardt/Eberhard). Stanley was born in Ohio, to a Russian Jewish father, and to a mother who was born in Pennsylvania, to Russian Jewish parents. Rebecca was the daughter of Rachel.

Rachel’s paternal grandmother is Lissa M. Kane (the daughter of Carl Kane and Flora Neckarsulmer). Lissa was raised in Rexingen, in the Black Forest, Germany. Her Jewish family moved to the U.S. in 1939, to escape the Nazis.

Rachel’s maternal grandfather is Dennis Ronald “Denny” Nightingale (the son of Theodore Nicholas Nightingale and Marjorie Alma Conrath). Theodore was the son of Edmund Alexander Nightingale and Katherine Ann Eagan, who were born in Minnesota, both of them to Irish parents. Marjorie was the daughter of a man surnamed Conrath and of Clara M. Kelty, and had German, Irish, English, and French ancestry.

Rachel’s maternal grandmother is Jeannea Rae Smith (the daughter of Francis Joseph Smith and Harriet Rae Clendenning). Francis was the son of William Fayette Smith and Helena C. Probst, who was German.

Genealogy of Rachel’s maternal grandmother, Jeannea Rae Smith (through Jeannea’s brother, focusing on her own father’s side) – http://wc.rootsweb.ancestry.com