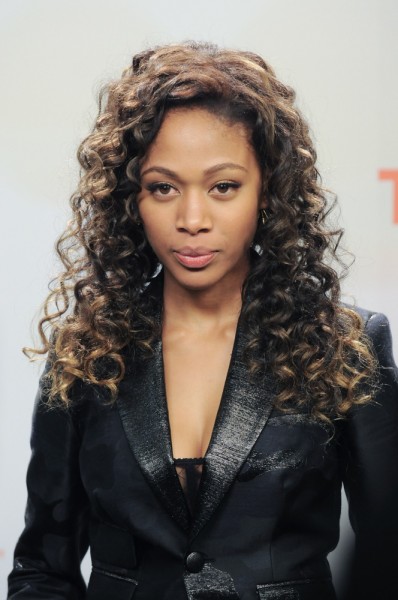 Beharie in 2015, photo by Prphotos

Nicole Beharie is an American actress and singer. She is also credited as Nikki Beharie. She is known for her roles in the films American Violet, the drama Shame, and the biographical sports drama 42. She also starred on the Fox fantasy series Sleepy Hollow.

Her parents are both black. Her mother, Colleen (Beharie), is from a Jamaican family. Her father, Brian L. Browne, is likely American-born. Because her father was in the foreign service, Nicole was raised partly in Nigeria, Panama, London, and Greenville, South Carolina, U.S. Her father worked as the U.S Consul-General in Nigeria.

The surname Beharie is common in Scotland.

Nicole’s maternal grandmother is named Peggy A. O’Brien (the daughter of Joseph O’Brien and Francis). Peggy’s family is from Kingston, Jamaica.