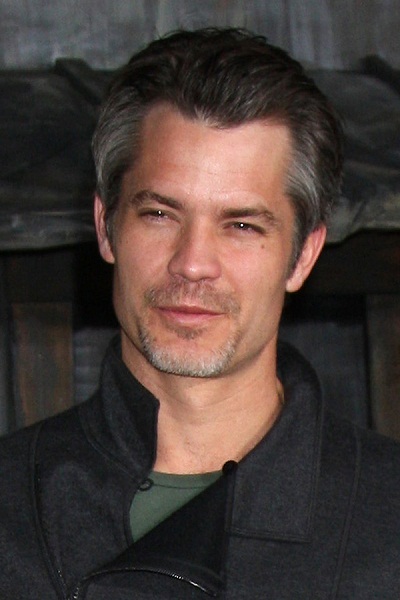 Olyphant in 2011, photo by kathclick/Bigstock.com

Timothy Olyphant is an American actor. He is known for his roles on the series Deadwood and Justified and in the films Scream 2, Go, and Hitman, among many other projects.

Timothy was born in Honolulu, Hawaii, and was raised in Modesto, California. His parents are from the continental U.S. He is the son of Katherine and J. V. Bevan Olyphant, who worked as vice president of production at Gallo Winery. One of Timothy’s maternal great-grandfathers was a Russian Jewish immigrant. The rest of Timothy’s family lines have been in the United States for many generations; their roots include mostly English, as well as German, Scottish, Dutch, Irish, and remote French Huguenot, ancestry. Timothy is married to Alexis Knief, with whom he has three children.

Timothy’s great-great-great-great-grandfather, Dr. David Olyphant, was a Scottish immigrant. He was director-general of the Southern hospitals during the American Revolutionary War.

A DNA test taken by Timothy stated that his genetic ancestry is approximately:

Timothy added that his mother tested at approximately 23% Ashkenazi Jewish.

Timothy’s maternal grandfather was David Bickford Getman-Gideon (the son of Abraham Getmon/Getman-Gideon and Edith Mary Young). David was born in Manila, Metropolitan Manila, Philippines, to parents from the continental U.S. Abraham was a Russian Jewish emigrant, born in Toula (Tula), Russia, and was the son of Myron O. Getmon/Getman/Getsman/Gideon and Reba Rubens. Edith was born in New York, to parents surnamed Young and Bickford.

Genealogy of Timothy Olyphant (focusing on his father’s side) – http://worldconnect.rootsweb.ancestry.com