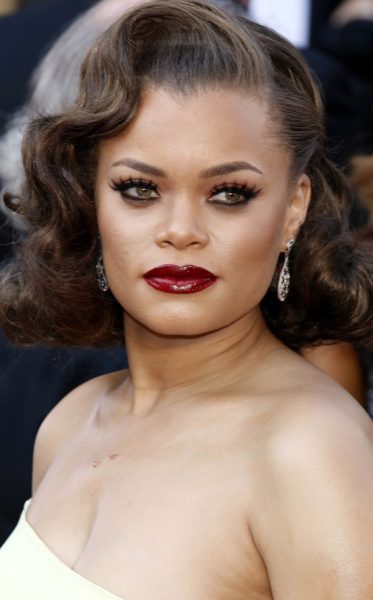 Day in 2016, photo by Starfrenzy/Bigstock

Andra Day is an American singer and songwriter. She stars in the film The United States Vs. Billie Holiday. For the role, she won the Golden Globe Award for Best Actress – Drama, and was nominated for an Academy Award. Her parents are both black.

Andra was raised in southeast San Diego, California, including in Chula Vista. A picture of Andra with her father can be seen here.