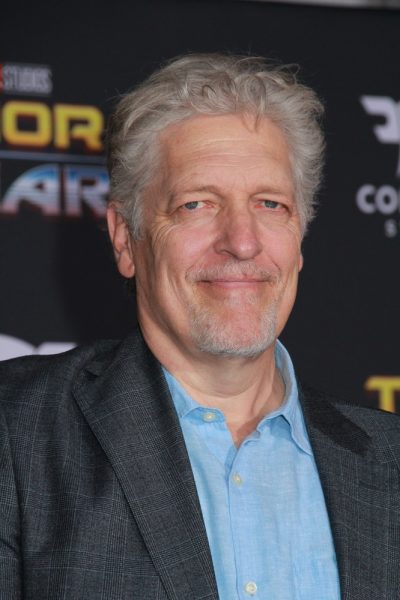 Clancy Brown is an American actor. His roles include Highlander, Pet Sematary Two, and the SpongeBob SquarePants world.

He is the son of Joyce Helen (Eldridge), a conductor, composer, and concert pianist, and Bud Brown (Clarence John Brown, Jr.), a newspaper publisher and politician.

His father helped manage the newspaper business started by Clancy’s grandfather, Brown Publishing Company, and was later its Chairman of the Board. Clancy’s father, as a Republican politician, served as a Member of the U.S. House of Representatives from Ohio, from November 2, 1965 to January 3, 1983 (succeeding Clancy’s paternal grandfather in this seat), and as (Acting) U.S. Secretary of Commerce, from July 25, 1987 to October 19, 1987.

Clancy is married to Jeanne Johnson, with whom he has two children.

Clancy’s paternal grandfather was Clarence J. Brown, a newspaper publisher and politician (Clarence John Brown, the son of Owen Brown and Ellen Barerre/Barrere McCoppin). Clancy’s grandfather Clarence was born in Ohio. A Republican, he served as Lieutenant Governor of Ohio, from January 13, 1919 to January 8, 1923, Ohio Secretary of State, from January 10, 1927 to January 9, 1933, and a Member of the U.S. House of Representatives from Ohio, from January 3, 1939 to August 23, 1965, his death. Clancy’s great-grandfather Owen was the son of Jehu/Jehue Brown and Joanna/Johanna/Joan Myers/Meyers. Clancy’s great-grandmother Ellen was the daughter of James Madison McCoppin and Ohio Van Winkle/Vanwinkle.

Clancy’s paternal grandmother was Ethel McKinney (the daughter of Sylvanus/Sylvanis S. McKinney and Mary L./Ella Reynolds). Ethel was born in Ohio. Sylvanus was the son of Thomas McKinney and Phebe/Phoebe Leach.

Clancy’s maternal grandfather was Roy Anderson Eldridge (the son of Carleton/Carlton Eldridge and Elizabeth A. Anderson). Roy was born in Ohio. Carleton was the son of William Malander Eldridge and Maria Thankful Carleton. Elizabeth was the daughter of Richard Salmon Anderson, who was English, and of Mary Bevan, who was from Abergavenny, Monmouthshire, Wales.

Genealogy of Clancy Brown (focusing on his father’s side) – https://www.geni.com

Genealogy of Clancy’s maternal grandfather, Roy Anderson Eldridge (focusing on his own father’s side) – http://members.iinet.net.au