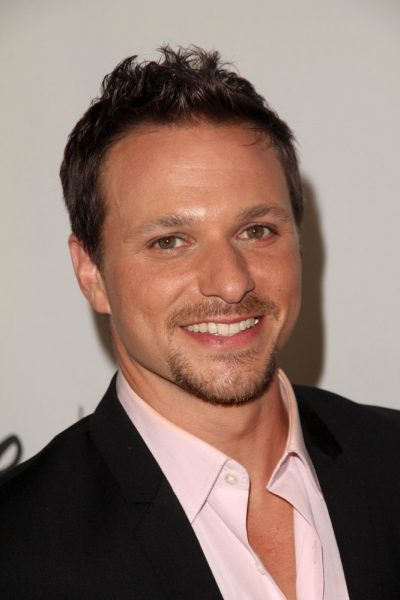 Drew Lachey is an American singer and actor. He is a member of the vocal group 98 Degrees, along with Justin Jeffre, Drew’s brother Nick Lachey, and Jeff Timmons.

Drew is married to Lea Dellecave, with whom he has two children.

Drew’s patrilineal line can be traced to his great-great-great-grandparents, Frank Lachey, who was born, c. 1823, in Alsace, France, and Celestial Marshall.

Drew’s maternal grandfather was Robert James Fopma (the son of The Rev. Samuel Jacob Fopma and Catherine Pauline den Hartigh). Robert was born in Michigan. The Rev. Samuel, a Christian minister, was Dutch, born in Spannum, the son of Jacob Fopma and Trinjtje/Trijntje Reinalda. Catherine was born in Michigan, the daughter of Pieter/Peter den Hartigh, who was Dutch, and of Adraina/Adrianna Maria Prins, who was of Dutch descent.

Genealogy of Drew Lachey (focusing on his mother’s side) – http://worldconnect.rootsweb.ancestry.com