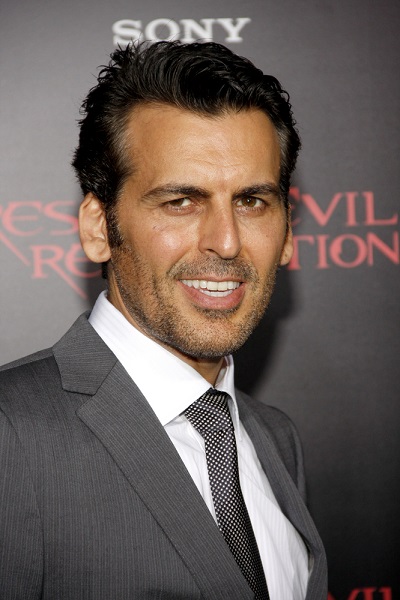 Oded Fehr is an Israeli actor. He has starred in The Mummy and Resident Evil films, Deuce Bigalow: Male Gigolo, and the series Sleeper Cell, among many other projects. In these roles and others, he has played, Arab, Hispanic, French, and Israeli characters.

He is the son of Gila (Lachmann/Lachman), who was born in Kiryat Chaim, Haifa, and Uri/Ury Ernst Fehr, who was born in Jerusalem. His father is of Ashkenazi Jewish and Sephardi Jewish descent, and his mother is of Ashkenazi Jewish ancestry. His father’s family was from Germany, Bulgaria, Greece, Turkey, and Bosnia, and his maternal grandparents’ families were from Germany and the Netherlands, respectively.

Oded is married to American, Rhonda Tollefson, with whom he has three children.

Oded’s paternal grandmother was Miriam Bolisa Shaltiel (the daughter of Meshulam Bochor/Behor Menashe Shaltiel/Saltiel and Sarah Ashkenazi). Miriam was born in Jerusalem, to a Sephardi family. Meshulam was born in Pirot, Serbia, Yugoslavia, the son of Abraham/Avraham Saltiel/Shaltiel and Tamara, who were born in Sofia, Bulgaria. Sarah was born in Jerusalem, the daughter of Isaak/Yitzhak Ashkenazi, who had roots in Larissa, Greece, and Istanbul, Turkey; and of Rivka/Rivkah Efraim.

Oded’s maternal grandmother was Claire Ullmann (the daughter of David Ullmann and Alice Steinberg). Claire was born in The Hague, Netherlands. David was born in Rödingen, Titz, Köln, Nordrhein-Westfalen, Germany, the son of Philipp Jacob Ullmann and Helene Ehrlich. Oded’s great-grandmother Alice was born in Leipzig, Saxony, Germany, and died in the Holocaust in 1944, in Auschwitz.

Genealogy of Oded’s mother (focusing on her mother’s side) – https://www.geni.com