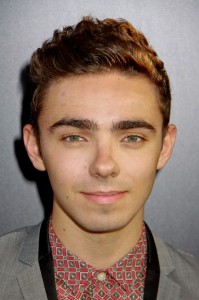 Nathan Sykes is an English singer, songwriter, and record producer. He is a member of boy band The Wanted, along with Max George, Siva Kaneswaran, Jay McGuiness, and the late Tom Parker.

Nathan may have Welsh ancestry as well as English, since Phillips can be a Welsh surname, as can Nathan’s mother’s maiden name, Hughes.