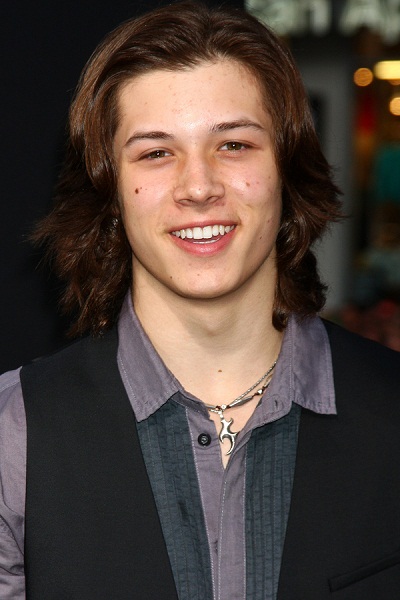 Howard in 2013, image via kathclick/Bigstock.com

Leo Howard is an American actor, model, and martial artist. He is known for his roles on the series Kickin’ It and in the films Conan the Barbarian (2011) and G.I. Joe: The Rise of Cobra. His parents, Randye and Todd Howard, starred on the reality series World’s Worst Tenants. Leo was raised in Fallbrook, near San Diego, California.

Leo’s father is from South Carolina, and has English and Scots-Irish/Northern Irish ancestry.

Leo’s paternal grandmother was Elizabeth Joan Cooke (the daughter of John Houston Cook/Cooke and Myrtle Elizabeth “Lizzie” Stanley). John was the son of John C. Cook and Calvin Sally/Sallie Edwards. Myrtle was the daughter of Mary I.

Leo’s maternal grandmother was Phyllis Nan Dworsky (the daughter of Refoel/Ralph F. Dworsky and Rochel/Rose Gelsin). Phyllis was born in Nebraska. Refoel and Rose were born in Minnesota, both of them to Russian Jewish parents. Refoel was the son of Abraham Shmuel/Samuel Dworsky and Roize/Rose Levin. Leo’s great-grandmother Rose was born in Dnipropetrovs’k, Ukraine, the daughter of Gussie Novicoff.

Leo’s maternal grandparents were fourth cousins through their Dworsky line.