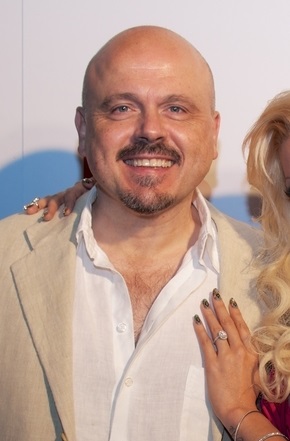 Walter Afanasieff is an American multiple Grammy Award-winning musician, songwriter, record producer, and composer. He is known for his long association with Mariah Carey, for whom he was co-producer and co-writer for several years, beginning in 1990, and for working with many other recording artists. He is nicknamed Baby Love.

Walter was born in São Paulo, Brazil, the son of Nikita Afanasieff and Tatiana Rikova. His parents were the children of Russian immigrants. He lives in the U.S. Walter is married to Katie Cazorla. He has three children.

Walter’s paternal grandfather was Georgi Afanasieff (the son of Leonid Afanasieff and Nadeshda Grigorieva). Georgi was born in Halish, Russia, and imigrated to Brazil.

Walter’s paternal grandmother was Zinaida/Sinaida Bolsunowski (the daughter of Joan Bolsunowski and Tatiana Iolshina). Zinaida was a Russian immigrant to São Paulo, Brazil.

Walter’s maternal grandmother was named Antonina Menshikoff/Minshikoff (the daughter of Nikolai I. Menshikoff and Maria V.). Antonina was born in Harbin, China, to Russian parents.