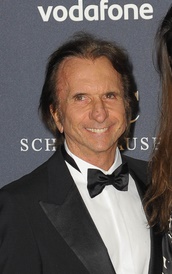 Fittipaldi in 2012, photo by prphotos.com

Emerson Fittipaldi is a Brazilian racing driver. He has won both the Formula One World Championship and the Indianapolis 500 twice.

His father, Wilson Fittipaldi, Sr., was born in Santo André, São Paulo, to Italian parents from Trecchina, province of Potenza, Basilicata, who moved to Brazil in the early 1900s. His mother, Józefa “Juzy” Wojciechowska, was born in Saint Petersburg, Russia, and is of Polish and Russian descent. Emerson speaks fluent Portuguese, Italian, English, Spanish, and French.

Emerson has said that his maternal grandmother was a Russian woman named Maria.