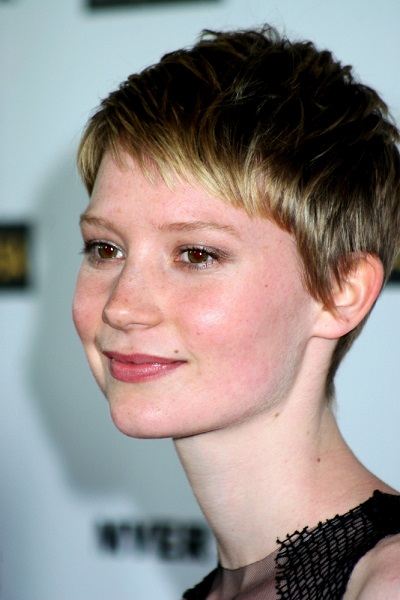 Wasikowska in 2010, photo by Prphotos.com

Mia Wasikowska is an Australian actress and filmmaker. She is known for her roles in the films The Kids Are All Right, Tim Burton’s Alice in Wonderland, Jane Eyre (2011), Albert Nobbs, The Double, and Crimson Peak, among others, and on HBO’s In Treatment.

Mia was born in Canberra. Her father, John Reid, who is Australian, is a photographer and collagist. Her mother, Marzena Wasikowska, was born in Poland, and moved to Australia when she was eleven; she is also a photographer. Mia was raised under her mother’s surname. She spent some time in Szczecin, Poland, during her childhood.

When asked about whether she can speak Polish, she stated:

Not very well. I can probably understand more than I could say, a few years ago I could say more Polish words.