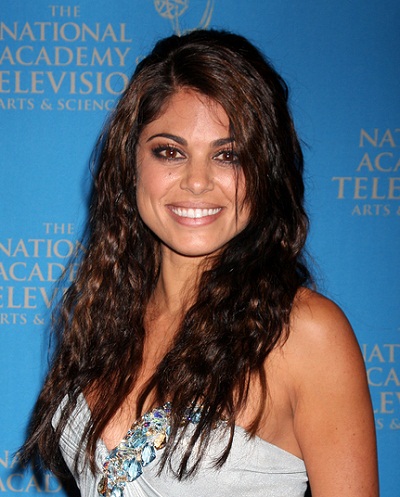 Hartley in 2011, photo by kathclick/Bigstock.com

Lindsay Hartley is an American actress and singer, previously credited under her maiden name, Lindsay Korman. She is known for playing Theresa Lopez-Fitzgerald on the soap Passions.

Lindsay is the daughter of Wendy and Jeff Korman. Her father is Ashkenazi Jewish. Her mother has Italian, Greek, and one quarter Ashkenazi (through her own maternal grandmother) ancestry.

Lindsay has a daughter with her former husband, actor Justin Hartley.

Lindsay’s paternal grandfather was Raymond Joel “Ray” Korman (the son of Max Korman and Sadie Kolman). Raymond was born in Ohio. Max was a Jewish emigrant from Galicia. Sadie was born in New York, to Jewish parents from Galicia.

Lindsay’s paternal grandmother was Charlotte May Price (the daughter of David Price and Goldie Simon). Charlotte was born in Ohio. David was born in Cleveland, Ohio, to a Russian Jewish father, Sam Price, and a Hungarian Jewish mother, Rose Arshonovitz. Goldie was born in either England or Russia, to Russian Jewish parents, Sam Simon and Bessie Binyon.