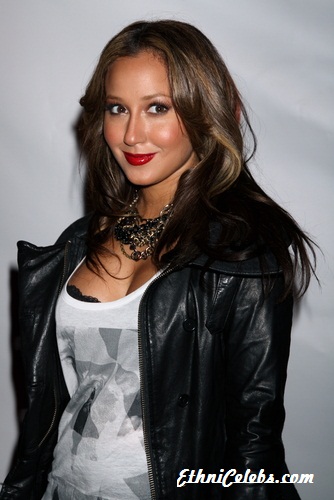 Adrienne Bailon, also credited as Adrienne Houghton, is an American recording artist, singer, songwriter, actress, dancer, and television personality. She was an original member of girl group 3LW, along with Naturi Naughton and Kiely Williams, and The Cheetah Girls, along with Sabrina Bryan and Williams.

Her father, Freddie Bailon, is Ecuadorian. Her mother, Nilda Felix, is Puerto Rican. Adrienne is married to Christian music singer, songwriter, producer, and worship leader Israel Houghton, with whom she has a son.

A DNA test whose results were displayed on the show The Real (2016) stated that Adrienne’s genetic ancestry consists of: